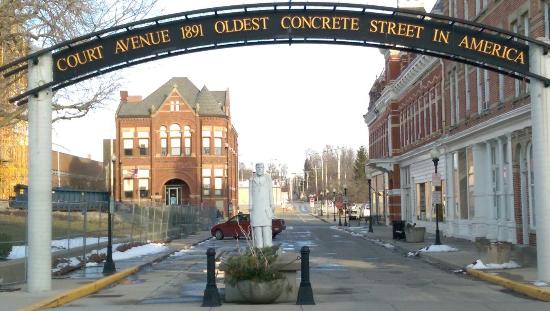 Alright, today we’re going to regale you with info about the great City of Bellefontaine! Like many smaller rural cities there’s a lot more to it than meets the eye at first glance.

The word Bellefontaine means “beautiful spring” in French, (belle = good or beautiful and fontaine = fountain or spring). It’s historically purported to refer to several springs in the area, although the exact sources are not known.

Locals use a more Americanized pronunciation of the name, not the French sound. It is literally said as “bell fountain.”. Where you from? “Bell fountain.” This author sometimes likes to pronounce it with the original French twist. Try it, it’s fun!

Shawnee war chief Blue Jacket (also known by his indian name of Weyapiersenwah) has a history here too. He had a settlement here and it was early on known as Blue Jacket’s Town. 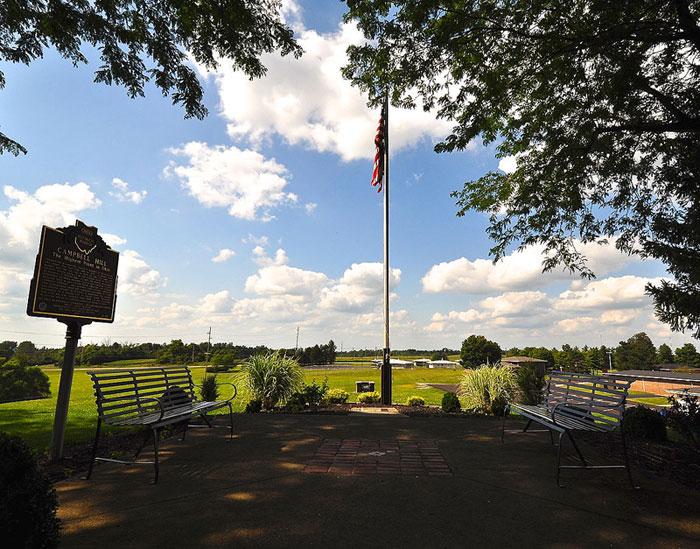 According to wikipedia, “Bellefontaine was platted by European Americans in 1820 and incorporated by the legislature in 1835.” The first railroad to Bellefontaine was constructed in 1837, known as the Mad River & Lake Erie Railroad. It was a fairly large railroad town in that era, with the big four railroads building a terminal in the city. These included the Chicago, Cleveland, Cincinnati and St. Louis railroads, which created the largest roundhouse between St. Louis and New York – quite the hub!

This railroad terminal operated all the way up until 1983. While the railroads took a hit and radically were restructured around this time, Bellefontaine is still a major cultural and historical memory for the railroad industry. As of now it is only used by CSX.

Bellefontaine is also the location of the VERY FIRST paved concrete street in the USA! In 1891, George Bartholomew came up with a way to use Portland cement to make a paved road. Portland cement had previously only been used in stone construction. The city still has a small section of Main Street where this process was first used!

Speaking of roads, Bellfontaine also sports what may be USA’s smallest/shortest street. McKinley Street is about 20 feet long according to the City’s website.

Nearby Campbell Hill is the highest elevated point in Ohio. Not super high compared to other places in the world, but for flat-ish Ohio the elevation of 1,550 feet (or 470 m) is pretty high! Ohio Hi-Point Career Center also exists right near Campbell Hill, a vocational/technical school that serves 14 different partner school districts.

Bellefontaine’s largest employer is nearby Honda, which has operations in Marysville, East Liberty, Russells Point, Anna, and Troy, Ohio.

The Holland Theater is also located in Bellfontaine. The theater is listed on the National Register of Historic Places and opened in the 1930s. It was originally used for live theater, but then converted to movies (“talkies”) before closing in 1998. After renovations, it reopened in 2019 for live events and performances.

So, there’s some (hopefully!) interesting facts about the great city of Bellefontaine! 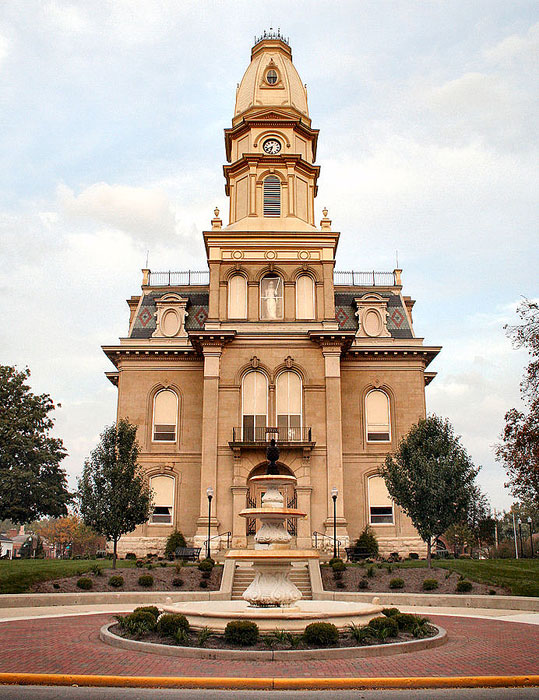