Baby Steps To Climb That Mountain Of A Goal 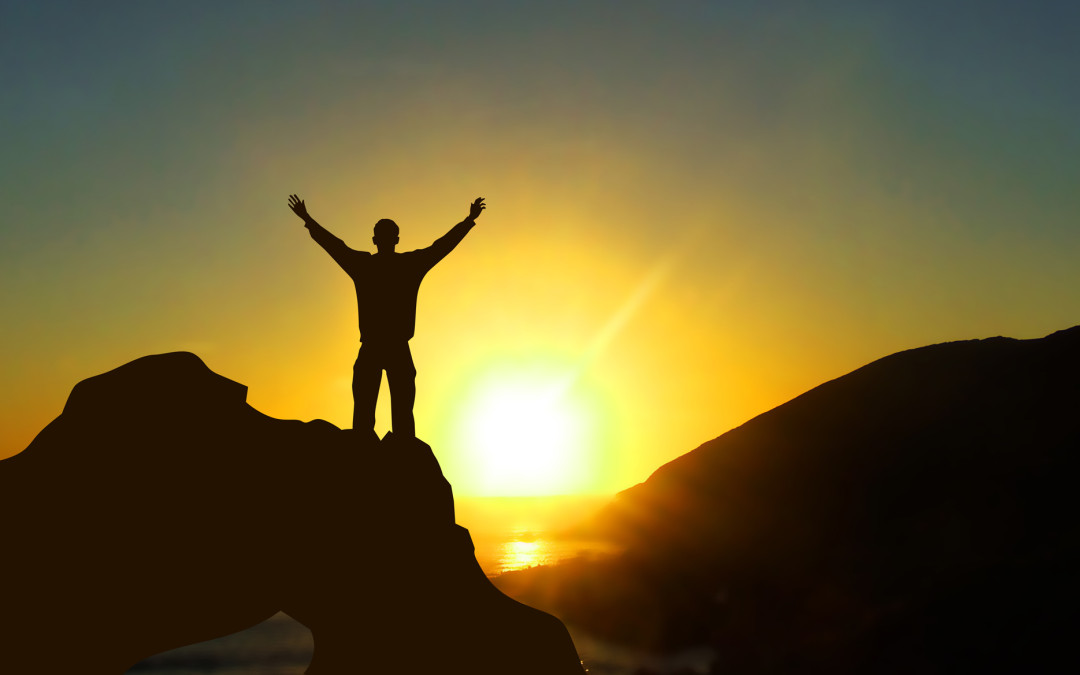 What are you doing TODAY to live your dreams?

Too often we put off until tomorrow stuff we should be doing today. I know … I’m guilty of it too.

Sometimes that big thing we’re trying to get done seems like a mountain. It’s hard to even figure out how to start doing anything. So we just put it off and do something else.

But you’re never going to get to the top of that mountain until you start climbing.

You’ve just got to take a single step up that mountain. It’s as simple as that.

We may never know the exact route up that mountain. But we have to start climbing. And we’ll be surprised at all the cool things we’ll figure out and see along the way.

Rome wasn’t built in a day and that mountain won’t be climbed in a day.

For instance, I’m trying to sell a house. There’s a ton of work to be done. Cleaning every room, selling stuff, power washing the outside of the house. Landscaping and building some new stairs to make the front of the house look good. And nothing seems to be going according to plan.

But it’s about the baby steps up that mountain. We have to take action to get anywhere.

Does anyone remember the movie “What About Bob?” Classic and awesome movie. It’s all about the baby steps.

But you can still do a half hour or an hour of work towards your goal every day.

It adds up quickly. You’d be surprised. An hour of FOCUSED work can outdo 8 hours of half-assed work. And at the end of a month, you’ll be AMAZED at what you will have accomplished.

We just have to get climbing.

Take that first step TODAY. And tomorrow take that second step. Keep at it.

Some days you’ll be amazed that you took a hundred steps or more, when it felt like you couldn’t get anywhere. Other days you might only take that one step, and that’s ok. You’re still making progress.

So start climbing up that mountain towards your goals. You’ll get there!

Get out there and…