How To Know If You Should Start Your Own Business 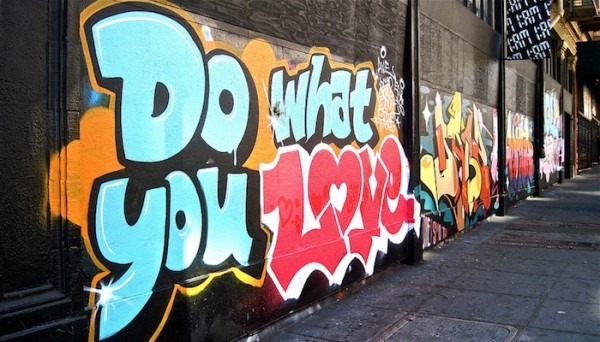 Should you work for someone else or be your own boss?

That, my friend, is a tough question to answer and it depends on both your personality and the stage of your life.

Early on in life it might make more sense to work for someone else. You can learn a ton from the company you’re working for and you’re sort of building your own platform, your own paradigm, as well as adding to your toolset as you go. You have safety and stability. And a paycheck, which is rather nice. :-p

In any company you work for, you may likely find that you can nudge the ship a little bit in a certain direction, but you’ll never be able to change the course of that ship.

Some ships are too big to even nudge in a general direction, much less turn around to what YOU want to do!

That’s ok – don’t bang your head against the wall wondering why the company doesn’t see your awesome idea and jump on it and make a million dollars from it.

If you have to do this all the time it’s not worth it, even if it DOES burn hundreds of calories per hour.

That company has owners with their own dreams, visions and ideas of success. Likely they admire you for your own hard work and ideas, and they’ll accept them and even try to go there – if there’s time for them. That’s the problem. There’s just not enough time to work on everyone’s projects. What’s a priority to you isn’t a priority to the people that own the company, or to the higher up managers.

It’s ok for them to not go full throttle 100% on your ideas. And it’s ok for you to not stay at that company forever and be completely satisfied with your position.

But of course getting angry with your situation isn’t a fantastic idea either :-p   The mantra to repeat here is, “It is what it is”. Learn the most you can about the company, how it’s run, the industry – that way you are the most prepared you can be when you decide to move on to the next thing.

Even more important is networking! Make as many friends as you can in the company – they’ll be invaluable to you as you move to a new job or start your own business.

If you work for yourself, you won’t have this guy bugging you EVER. It’ll just be your own conscience and savings account. So um… yeahhhh. There’s that.

If you do decide to go your own way, don’t burn any bridges. For the love of God, don’t make enemies! This is counter-productive. As you prepare to jump ship, be as positive as you can. You never know what sort of partnerships can be made with your old company or the people in it.

Networking is HUGE and fundamental to any business.

As you transition to freelance and/or owning your own company you could acquire a lot of clients via your former co-workers. Who knows, your former company might end up being your client!

Now, if you’re in a soul crushingingly horrifying corporate culture (cubicle hell), I know it’s rough – I’ve been there. But just suck it up for as long as you can, save money, pay your debt down and do the best you can… but meanwhile keep preparing your escape.

It reminds me of the movie The Shawshank Redemption where Andy Dufresne chipped away at his prison cell wall for years, slowly taking the dirt out to the pitcher’s mound. You too can slowly plot your freedom, but hopefully it doesn’t take as long as in Shawshank and hopefully you don’t have to crawl through a sewage tunnel 😉

If you think this is the feeling you’ll get when you go freelance, then you should probably do it!

Going freelance isn’t for everyone though. Some people like having the direction and stability of a 9-5 job where someone else runs things. That’s fine. You just need to know what you really want and what kind of person you are.

Think deeply about it and at the same time you can pay down your debts, acquire savings and otherwise prepare yourself if you do want to start your own business.

Whether you choose your own business or to work for someone else, it doesn’t matter, as long as you’re doing what you love… or working towards it.

Good luck figuring it out. Just remember that it’s ALWAYS a work in progress.