Mondays Suck – How To Break Through The Fog And Start Producing 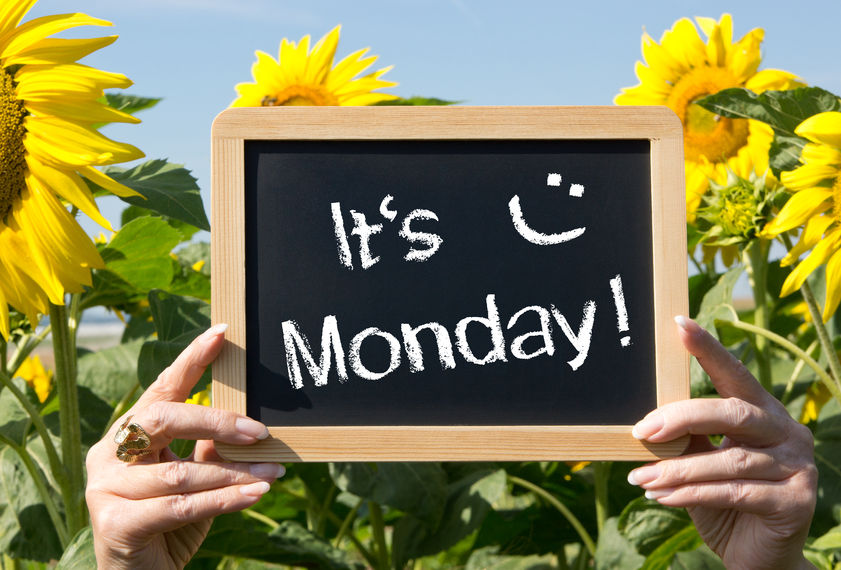 Mondays suck. There’s no getting around that. Even if you have the best job in the world and love it 95% of the time, Mondays typically suck.

I love my job.

I love working freelance and being able to pick most of the projects I want to work on. I love the freedom of being able to work wherever, whenever.

But after a fun-filled weekend, Monday is TOUGH.

Sometimes even this doesn’t help at all.

Sound familiar? When you have the urge to work, the need to work, but the old brain just won’t comply?

I had that feeling before writing this post. Nothing wanted to cooperate with me. I felt dumb and was angry at the world for making me have to work.

But then I got mad at everything and just sunk my teeth in and started on something.

Sometimes the only way to shake the rust off is by ACTUALLY DOING SOMETHING.

Waiting until you “feel good” is a loser’s bet. When will you feel good? An hour? A day? Next week?

As humans, we rarely feel perfect. There’s always something bothering us, mentally, physically or emotionally. This prevents us from doing stuff because we can’t think right or we feel like garbage.

The funny thing is… once you start doing something, those issues start to fade into the background.

The act of doing something gets your gears going like nothing else can.

Hmm… nah, it really does suck. But it doesn’t have to suck all day long and complaining won’t help.

Maybe when you get really into a project, it’s the fact that it’s occupying most of your focus that the negative issues slip into the background. Basically you’re trading thinking about the negative for however you can work through your project.

I don’t know how many times I was sitting on the couch doing nothing, feeling crappy and instead got up and started doing something and instantly felt better.

But it’s up to you. You’re the master of your own destiny, so give and take the best that you can. (Thanks, Styx, for that lyric.)

And also, thank you Styx for the awesome 70s hair. We can only hope these hair styles/facial hair styles will come back in style. :-p

There’s magic in doing things. We just have to break through the barriers and get started.

And especially if it’s a Monday, that thing that you’re working on doesn’t have to be great. Much like this post, it can be mediocre. But you’re still building momentum, getting in the groove and accomplishing SOMETHING!

So get out there and just do it!