So Google rolled out a new algorithm change on April 24th called “Penguin”. It was geared towards providing better search results (always their goal) but more specifically to punish spam sites that over-optimize and do things like keyword stuff content & submitting spun articles to various places around the web. 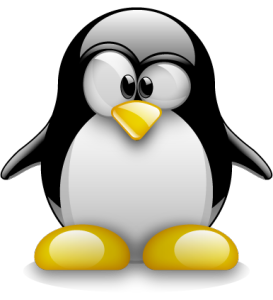 The update affected around 3.1% of all Google searches, which is a ton but still not as big as the Panda update. Even so, tons of people are PISSED about their sites dropping in the rankings.

To which I say, “Pbbbbbrrrrrt!”.

I have one site that jumped up in the rankings pretty well on the day of the Penguin update. I’d been adding custom content for a long time and working hard at it. Now, I’d also been submitting some spun articles to gain backlinks as well – which is something that’s on Google’s Penguin shit list.

Apparently I either didn’t do enough spammy backlinking or I did it well enough that they couldn’t discover it. In any case, The Algorithm now likes that site much better than it had.

None of my other sites (work or personal) seemed noticably affected. Perhaps that’s part of the reason I hadn’t even heard of the Penguin update until now (a week after it went live). 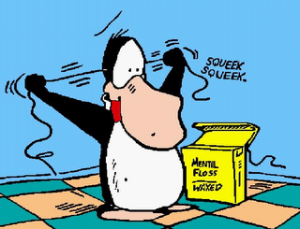 Ok, this has got to be my favorite penguin of all time. Click the image if you don’t know about Opus.

I think the moral here is this:

You can still do a little bit of grey hat spammy SEO – just so long as you’re not overdoing it. If you keep adding fresh, good, relevant content you will do good in the SERPs.

Google’s “Do No Evil” rep has lost it’s tarnish, but I think this update at least is a good thing. Screw the SEO spammers & reward those who are creating good content. When that happens, the searchers are happy and the people making good content are happy. Everybody happy! Except the bastard spammy SEO people.

And hey, I can be a spammy SEO guy at times, but it’s only because I’ve been forced to do so just to compete with the other guys. I’m perfectly happy if that game gets diminished somewhat and the winners are the good guys.